Harris, Obama and Clinton take center stage: What to watch for on Night 3
H

Hundreds of kids from the Harlem Boys and Girls Club got a chance to see "Black Panther" before its...
Read more

What Ebola Taught Susan Rice About the Next Pandemic

“The U.S. cannot allow EBOLA infected people back. People that go to far away places to help are great-but...
Read more 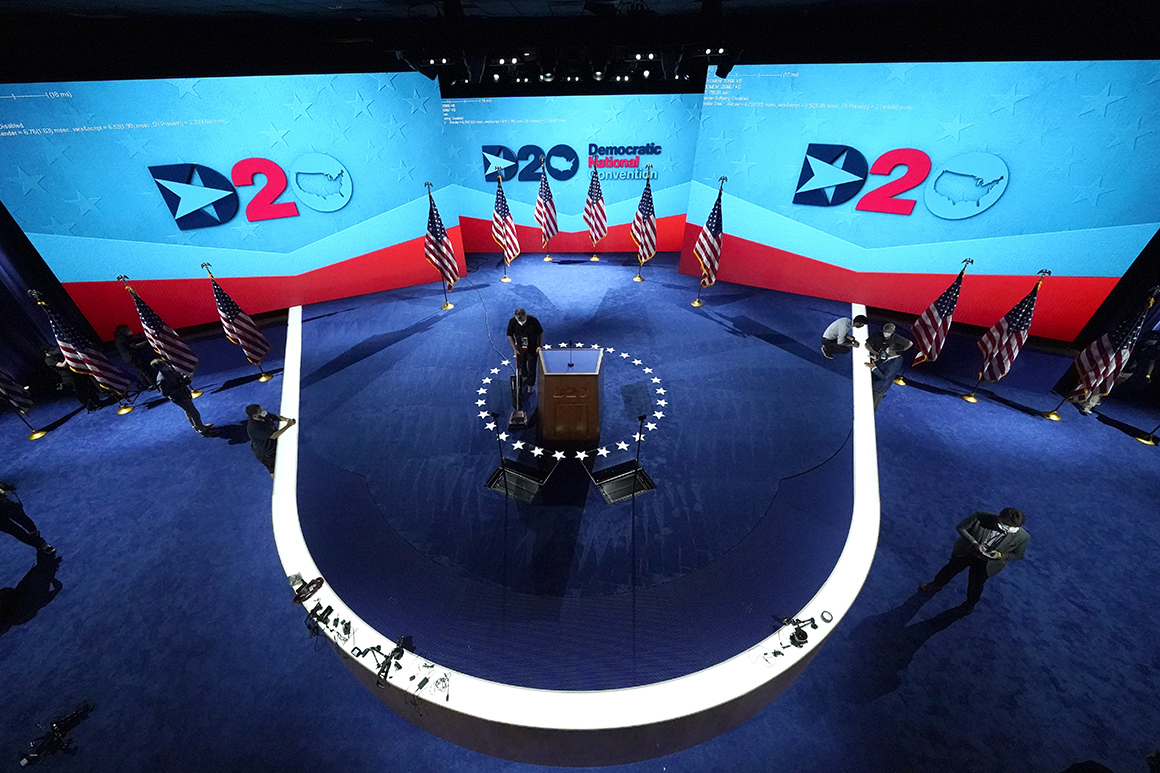 For many viewers, it will be an opportunity to reassess Clinton four years after she was defeated by Donald Trump. And it will serve to introduce Harris not as one in a league of failed Democratic primary contenders, but as Biden’s partner and a potential future president.

Here are the big themes we’re watching for tonight:

Biden is leading in public opinion polls mostly because his supporters want to get rid of Trump, not because their hearts burn for the Democratic nominee.

That would be fine if the election were tomorrow. But Democrats are eager to more fully define Biden’s candidacy on its own terms ahead of a fall election season in which Republicans will spend enormous sums to drag him down.

Harris can help with that. She’s viewed favorably by 54 percent of Americans, vs. 29 percent who have a negative opinion, according to recent ABC News/Washington Post poll. A majority views her as qualified to take over for Biden if necessary (a not inconsequential concern, given his age).

Harris also speaks to critical swaths of the electorate in ways that Biden can’t, including younger voters, women and people of color.

If Harris can warm voters to Biden even at the margins, she will have succeeded tonight.

Of course, Harris has bigger plans.

It can be easy to dismiss a vice presidential nominee. Nobody is talking with such certainty about Mike Pence as the future of the Republican Party. Nor did Democrats have high expectations for Tim Kaine. But Harris’ selection gave the Democratic Party an immediate frontrunner in the next open primary, whether in 2024 or 2028.

One source of uneasiness surrounding her? That if elected, she might be focused more on that than current duties.

Tonight, Harris can start to assure Democrats that she is all Biden, all the time. And she will have the room to do so.

Biden attended virtual fundraisers today. But the odds of Biden appearing on prime time tonight are smaller than they were on Tuesday. He’ll be watching from Delaware, where the campaign is attempting to keep the focus on Harris. Kate Bedingfield, Biden’s deputy campaign manager and communications director, described Harris this morning as a “historic partner … the first female vice president.”

“Tonight,” she said, “we’re really focused on Sen. Harris and her remarks.”

Step away from Twitter, and there’s at least as much — if not slightly more — Democratic excitement about hearing from Elizabeth Warren at this convention than there was for Bernie Sanders and Alexandria Ocasio-Cortez.

There were signals during Biden’s vice presidential search that Warren might not pursue the presidency again. But she has not ruled it out entirely. If Biden doesn’t win in November — or if he does, but Harris stumbles — it’s easy to imagine her giving a run a second look.

And what if the 2020 campaign was her last? Warren may end up proving, more than anyone in this year’s sprawling Democratic primary field, that a politician can have enormous influence on the party from the inside.

Biden has taken economic advice from Warren, and he has adopted some progressive causes she has supported, including on college affordability, bankruptcy and Social Security.

Treasury secretary is a real possibility for Warren. One Democratic Party politician who spoke with Biden advisers during the vice presidential vetting said, “It would be a stroke of genius. It would terrify Wall Street.”

It will all change in November if Joe Biden beats Donald Trump. But for now, the Democratic Party is still, in important ways, the party of Barack Obama.

That was clear during the presidential primary, in which Biden — keenly aware of Obama’s lingering glow — mentioned his association with the former president ad nauseum.

It was easy to snicker at the clinginess then, while Obama was not publicly taking sides in the campaign.

But now he is, and the attachment matters more than ever. Obama has been raising millions of dollars for Biden since he secured the nomination.

Obama’s job for the Democratic Party tonight is to make sure some of his popularity rubs off on the current, less-thrilling-to-Democrats nominee.

Hillary Clinton has been a headache for Democrats since losing in 2016, losing a contest decided in large part by voters who didn’t like either her or Trump.

Since Clinton’s loss, women asserted themselves in the midterm elections and, if Trump loses, will likely be the proximate cause.

Tonight, Clinton will offer herself as a warning of what can still go wrong for Democrats this fall.

“For four years, people have said to me, ‘I didn’t realize how dangerous he was. I wish I could go back and do it over. Or worst, ‘I should have voted,’” she will say, according to excerpts of her prepared remarks. “Well, this can’t be another woulda coulda shoulda election. If you vote by mail, request your ballot now, and send it back as soon as you can. If you vote in person, do it early. Bring a friend and wear a mask. Become a poll worker. Most of all, no matter what, vote. Vote like our lives and livelihoods are on the line, because they are.”