Ahead of Kentucky Derby, Trump’s immigration squeeze has horse trainers boxed in
A

Photography tendencies is usually a main affect on how print and digital designs come collectively. From filters to types...
Read more

.One of one of the most  crucial very early layout choices you will certainly make is what kind of...
Read more

Arteta was forced into discussing the futures of Aubameyang and Martinez after that victory over Liverpool | Pool/Getty ImagesMikel...
Read more 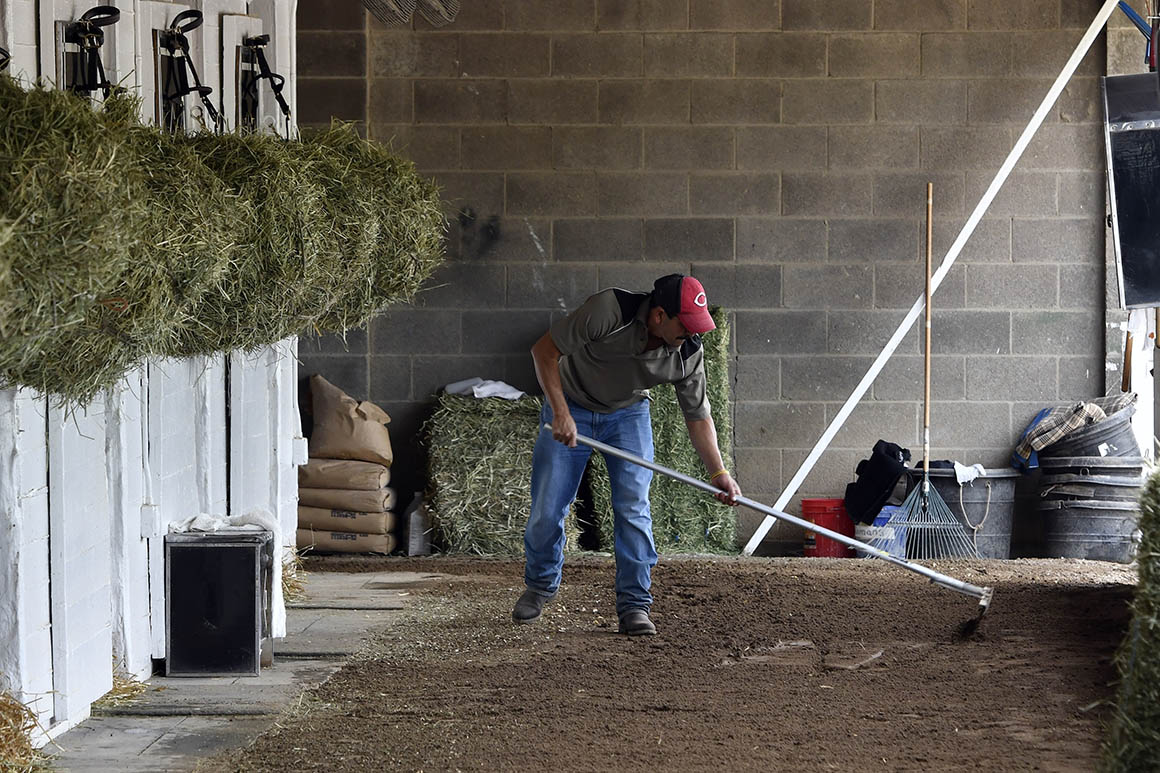 Romans, the second-winningest trainer in Churchill’s history, put the problem bluntly. When people can’t get into the country and nobody else steps forward to take the crucial jobs of feeding and caring for horses, he said, “There’s nobody out there to do the work.”

The number of available workers is difficult to determine, as is the impact of the coronavirus. Many trainers in the racing industry rely on the H-2B visa program to supply immigrant workers legally, but many jobs go to undocumented workers as the demand for visas often outpaces the established cap of 66,000. The visa ban through the end of the year and the pandemic have made crossing the border more challenging, and arrests for illegal crossings on the Mexican border have dipped well below last year’s levels.

The work is every day, year-round with no allowances for bad weather or a pandemic. In the busy days leading up to the Derby, workers in the backside area of Churchill Downs wake up in the early morning to start preparing horses for upcoming races. Generally tasked with caring for four or five horses each, workers clean and water stalls, walk horses after tough workouts, and make sure they are healthy and fed.

Conditions and low pay in the industry worry advocates such as Evy Peña, communications directer of the Center for Migrant Rights. In the past two years, two training centers were ordered to pay migrant workers tens of thousands of dollars for lost wages and poor living conditions.

These risks are elevated now, Peña said, and trainers and racetracks should be doing more to protect workers.

Peña argues that H-2B visa workers have less legal protection than their American counterparts. They risk losing their jobs, immigration status and possibly the opportunity of being hired again under the program if they complain.

The horse industry also has a stake in workers being hired again. A steady stream of migrant workers are rehired year after year. Trainers and owners have come to view them as dependable workers, and some say American workers who are hired often quit after a few days or weeks.

Low pay is part of the problem, contends Elisabeth Jensen, the executive vice president of the Kentucky Equine Education Project, an organization that supports the state’s horse industry.

“We’re also working with our employers to help them understand that it’s not like it was 20 years ago,” she said. “They’re competing with the Amazons and the other people who are able to offer more financially.”

Take a backside worker at Churchill Downs as an example. A worker hired under the H-2B visa program makes roughly $11.50 an hour on average, according to data provided by the U.S. Department of Labor. Amazon employees make $15 per hour. Both pay higher than Kentucky minimum wage, which is $7.25 an hour.

For Romans, the typical rhythm of a working day at the track or the stables makes it difficult to change working times to fit the demands of American workers.

“A horse has got to eat three times a day. They have to train during certain hours of the day because the races are during the afternoon,” Romans said. “So it’s basically impossible to change when they don’t have to be there, to make it more comfortable.”

This month, the U.S. Department of State issued new guidance that allows more foreign workers to enter the U.S., but with the season nearly up, it’s unlikely to change things this year, said Elizabeth Conley Buckley, an immigration attorney based in Lexington.

“This exemption to the executive order is not going to help them because they never got visas,” she said. “So they have been dealing with any kind of staff they can put together from college students to day workers, whatever they can find.”

Racing industry applications for work visas are outnumbered by applicants in hospitality, construction and landscaping industries. This is why Buckley would like to see grooms and stable attendants reclassified as agricultural workers.

“My clients were all successful this year, but across the board, it was pretty terrible,” she said . “Major horse trainers were not able to get H-2B visas at all.”

But even if such changes were made, the coronavirus pandemic also has limited travel between countries where many workers come from. For instance, a large proportion of workers employed by Buckley’s clients come from Guatemala, and the country has not opened up and continues to struggle with the pandemic.

Laurie Mays, a project manager at the Kentucky Chamber of Commerce, is in charge of developing a local workforce for the horse industry. She’s optimistic about bringing more American workers into the industry but insists that the need for migrant workers would still exist when that day comes.

“There’s still not enough people, even if you get all of the local talent to be engaged in the industry, our industry is very labor-intensive, and it takes a lot of manpower to happen,” Mays said. “The horses don’t take holidays; they don’t care what the weather is outside.”